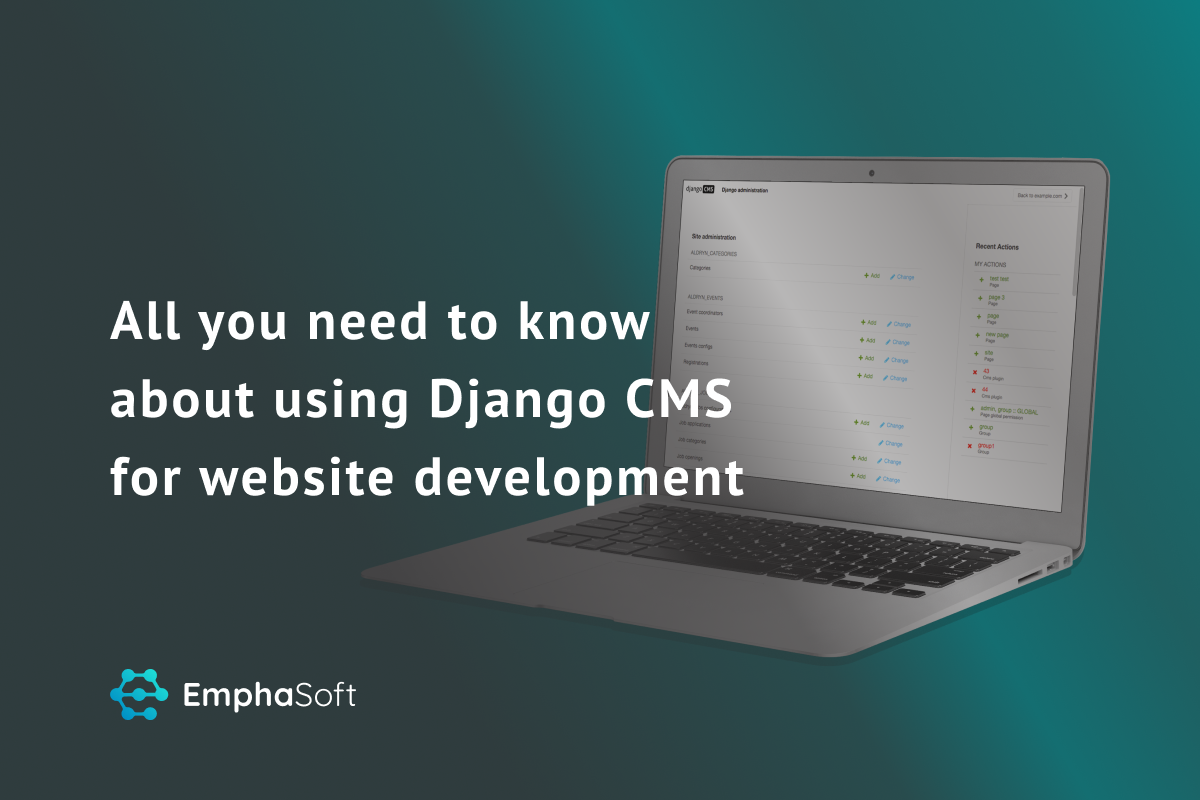 There are many ways you can build a powerful website for your business. One of them is to use Django CMS. In today’s article, we will tell you all about Django CMS, what it is for, how to use it best, and why it’s a great tool for your future website.

What is Django CMS?

Django is a popular open-source framework for website building that is based on the Python programming language. The Django web framework is great for creating powerful websites, but it doesn’t have a content management system.

Django CMS is an add-on to Django, where CMS stands for a content management system that provides the missing functionality.

What does a CMS do?

CMS stands for the content management system, but what does it mean exactly?

A CMS allows multiple admins to add, edit, and publish information on the website. It often uses a database where all content is stored and an additional layer where the data is presented. CMS systems store all content in one location but allow different permission levels to manage the content. For example, you can add roles such as an administrator, an author, or an editor.

What is Django CMS used for? 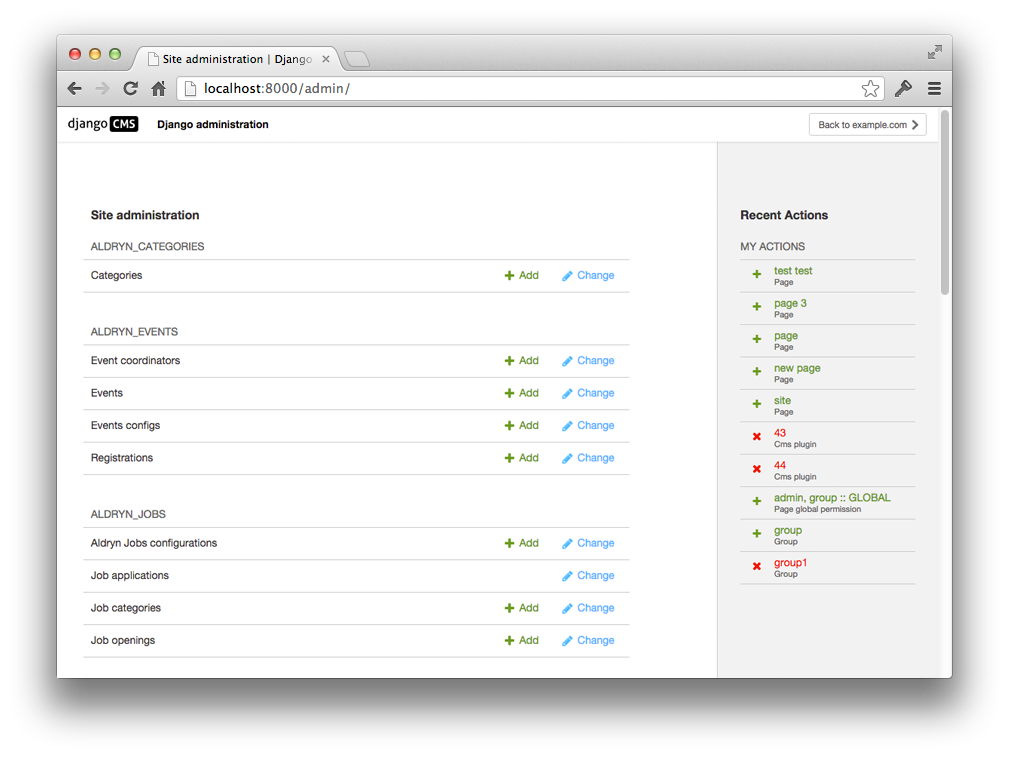 Django CMS is most helpful in data-driven web applications, such as news portals or online stores, directories, and banking systems.

Django CMS is a feature-rich solution that offers:

One of the key features that many users enjoy with Django CMS is its thorough documentation that is easy to access and work with. Documents can be organised in a tree-style instantly, and new tree nodes and content types can be added anytime.

The advantages of Django CMS 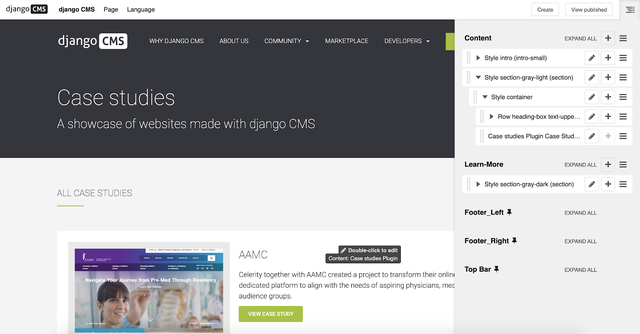 With all the different content management systems on the market, you might wonder why you should choose Django CMS over the alternatives.

There are several advantages that make Django CMS stand out.

Django framework was created with a focus on rapid growth and clean designs, making it a perfect base for a modern website. Built-in scalability is perfect for startups and any ambitious businesses that want to expand without it affecting their internal processes. And because Django is secure, it is a good fit for commercial websites.

If you produce lots of static content with few changes or customisations, you might be fine with alternatives that limit your ability to modify your content on-the-fly. Then there are other content systems that allow for changes or give you the ability to tweak the interface, but they are bulky and run the risk of crashing your page.

Django CMS, on the other hand, was designed for users who demand flexibility and need to customise their content. It also gives users the option of building custom content areas, keeping them separate from one another.

The system is open source, so you can find countless contributions from individual developers online who will eagerly share their expertise and tips. Additionally, many ready-made libraries make website development a much faster process.

Django CMS critics say that it requires coding skills and, therefore, is not as universal as some of the no-code alternatives. While there is some truth to that, it is important to remember that the no-code, template-based alternatives have very limited variability.

So, if you are after a unique design and appearance and want your website to stand out, going with Django CMS is the best option because it literally lets you do anything you want. If you can code it.

Django CMS aligns with the requirements of multilingual publishing, meaning that anything you create using this platform, e.g., a page or a website, can also exist in other language editions. This is not the case with many alternative CMS systems on the market.

If you're thinking of expanding your business overseas, you will experience no issues with creating local versions of your website with Django CMS.

Django is open-sourced and popular among developers which translates into an active, healthy, and invested developer community. There is always someone out there ready to answer your questions, and many forums and articles are already online, waiting to be read.

With an active community, you will not be stuck alone with an issue you can’t fix.

How is Django CMS used in web development? 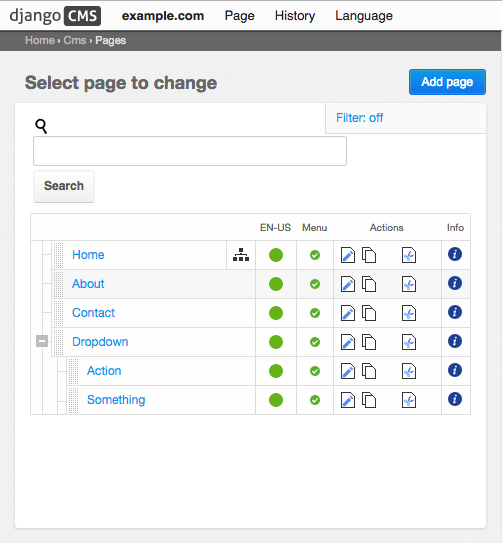 Let’s look at some of the Django CMS use cases in web development.

From scratch web development. Django CMS is perfect for content management on websites created from scratch where developers have the freedom to create something unique. Developers aren’t confined by templates or system limits.

UI customisation. Unlike many CMS frameworks on the market, Django CMS allows web developers to make whatever changes they want to their content, freeing up their creativity and producing unique websites that stand out from the competition.

Scaling. Because Django CMS supports scalability, many web developers choose this framework, anticipating the company’s future growth. Going with a CMS that doesn’t support scaling often results in painful and complicated website re-design or migration to another platform.

Security. Django and Django CMS prioritise security, so they are often chosen as a reliable foundation for secure websites.

The beauty of Django CMS is that it adds automation to the whole process, allowing developers and content managers to spend less time on repetitive tasks, such as pages that are similar to one another. 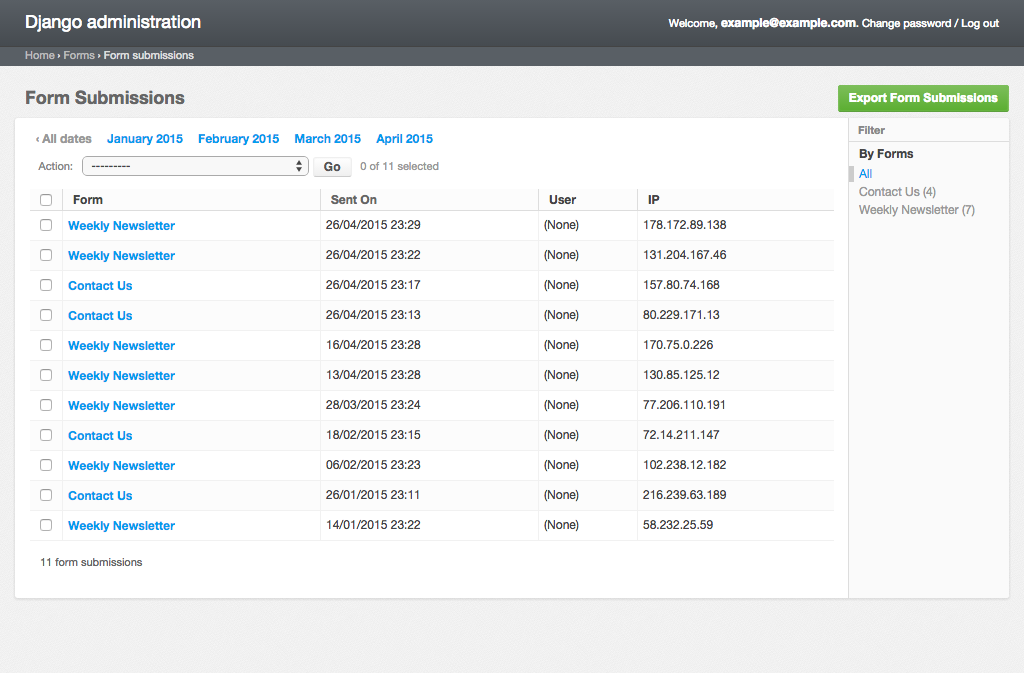 Django was originally introduced in the early 2000s by a group of web managers who were creating and maintaining web applications for newspapers. The name Django is believed to come from the popular jazz guitarist Django Reinhardt.

The team behind Django creation saw that there are common design patterns and codes across multiple websites they were responsible for. This finding prompted them to create a framework to optimise the process and avoid doing repetitive work.

The first release of the project is believed to have happened in 2008 with the following releases continuing to expand functionality, add more templates and databases, fix bugs, and more.

The initiative eventually turned into a lively and thriving project with thousands of fans and contributors worldwide. Today, Django is a powerful framework that supports the development of websites of all types and complexities, making it a smart choice for companies of different sizes, focus, and industries. Regular DjangoCons are hosted in several locations around the world, and smaller local meetups are available in even more cities.

There is even a common saying about Django that is "come for the framework, stay for the community."

The source code remains free to this day and is available online to anyone interested. New versions are released every year with minor patches released every month.

When it comes to Django’s popularity and usage, it is hard to find reliable statistics simply because it’s very difficult to calculate.

What we are certain about is, however, that the framework is widely known, used, and enjoyed. Django has been very popular among developers for a while, and a lot of websites we use and love are built using this framework.

Let’s look at some of the examples.

YouTube has around 2 billion users today. The platform is powered by Python and utilises Django to guarantee the website’s speedy performance and powerful functionality. YouTube has migrated to Django from PHP to use functionality that wasn’t available anywhere outside of Django. This migration turned out to be a smart choice as YouTube continues to grow across all boards to this day, and it does it smoothly thanks, in part, to Django.

Instagram uses Django for its web application as an easy-to-build and robust technology. Instagram remains a fast-growing social network with large amounts of data processed every second, including new posts, likes, and shares. With Django, the platform can easily scale and focus on UX/UI rather than maintaining its technical performance.

Spotify uses Django to integrate Machine Learning (ML) into its legendary recommendation engine. Anyone who’s ever used Spotify can testify that its recommendations are undoubtedly leaders on the market. Spotify wouldn’t be able to change the way we listen to music without the right technology to support it.

Dropbox is a perfect candidate to use Django to store and handle data and constant incoming storage requests. Django powers Dropbox and allows it to store users’ history, sync accounts’ data across multiple devices, and share files with others.

NASA is another user of Django. The space agency uses the technology to manage incoming website traffic with an estimated 2 million users visiting it monthly.

Pinterest has an estimated 250 million active users, with thousands of them constantly creating and editing boards, and uploading new content to the platform. Thanks to Django, users experience no delays or downtime when using Pinterest, as the platform easily accommodates new users and content thanks to the technology it's built on.

Lyft uses Django for data processing and Machine Learning. How does it translate to user benefit? Think of arrival time estimations. These are powered by Django and Python!

Uber is a competitor to Lyft and another thing they have in common is using Django to create a perfect experience for their users. There are many reasons why Uber rose to where it is today, with innovative approaches to rides being one of them. However, the choice of technology has undoubtedly played a role in helping it turn into one of the most valuable companies in the world.

Mozilla moved to Django as it started to take off and grow rapidly. The Django framework allowed it to remain scalable and maintain growth without compromising performance or usability.

The Washington Post is a news outlet that is constantly uploading and editing content and receives an enormous amount of daily traffic. With Django being highly scalable, the portal experiences no freezes or downtimes caused by the ever-growing number of users visiting the web application.

Besides the websites we just mentioned, Django was used in creating websites for Quora, Prezi, National Geographic, The Onion, and many more.

As you can see from the examples above, the Django framework is a great fit for well-known enterprises, and it would be a great solution for startups and small businesses too. The framework is secure and versatile, making it a smart choice for a company focused on long-term growth.

With Django, if the website requires a structure update, for example, an online retailer introduces goods for pets, the new category can be added easily and embedded into the existing menu and content hierarchy.

Another factor that makes Django a developers’ favourite is that it is portable. Should you need to move your web application to a different server platform, it can easily be done.

Django offers unmatched flexibility in terms of customisations and scalability. In recent years, building websites with Django has become quite popular with companies of all shapes and sizes utilising the framework for their businesses.

For companies that are curious about this technology but lack the expertise or resources to hire Python developers, we recommend partnering with Emphasoft. We are trusted Django CMS partners, we can build and maintain your website using Django CMS while you focus on your core business. Over the years, the Emphasoft team released countless web development projects of varying complexity with Django-based web applications.  Please see our case-studies here.

Read next: Mobile Application Development Innovations That Redefine The World Of Business